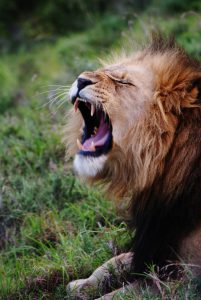 It is funny to me, how of all Jacob’s children and their children, God chose Judah’s and Tamar’s hot mess of a relationship to be the seed from which Jesus would be born.

Judah had three sons. His oldest married Tamar. But his oldest died leaving no heir. Tradition dictated his second son would give Tamar an heir. But the second son chose to have the fun but not the responsibility. So the Lord took him as well.

Judah sent Tamar away, thinking she was the cause of his boys’ death. He promised her his youngest son bur did not keep his promise. So Tamar took matters in her own hands. She tricked Judah, her father-in-law, into giving her an heir.

And of all Jacob’s children, it is this unholy union God chooses to be in Jesus’ lineage.

But when we look at all the women mentioned in Jesus’ lineage, they are all unlikely candidates (by the world standards) to bear a King.

Leah was unloved.
Tamar was unwanted.
Rahab was unholy.
Ruth was uncleaned.
Bathsheba was unclothed.
Mary was unwed.

These are our matriarchs. Women with a story. Women who had to overcome. Women society deemed useless. But God saw past their mistakes, past their outer beauty, past their past and saw the King inside of them.

God took lives marked by heartache, by shame, by disappointment and created a beautiful love story for all to read. He redeemed their broken lives and gave them a legacy that will live on in perpetuity. He redeemed their pain by making them mothers of His Son so that we, in Him, are:

Loved by the Father
Accepted in the Beloved
The Righteousness of God
Cleansed by the blood
Clothed in Righteousness
The Bride of Christ.

These women had Jesus within them as a seed. But you have Jesus within you as a roaring lion, as a mighty King!

So girlfriends, let us hold our head up high and face today with hope knowing God is restoring and redeeming our past. Let us face today knowing we are women with a story of overcoming. We have a mighty King inside of us, a roaring lion! Let’s go make history today!

“And it came to pass, about three months after, that Judah was told, saying, “Tamar your daughter-in-law has played the harlot; furthermore she is with child by harlotry.” So Judah said, “Bring her out and let her be burned!””
‭‭Genesis‬ ‭38:24‬ ‭NKJV‬‬