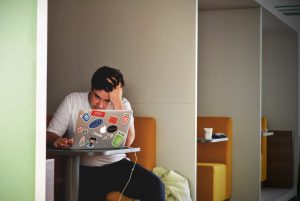 I did something dumb this morning. I scrolled mindlessly through my Facebook thread. Never a good idea. But I did learn a few things as I scrolled.

It seems on Facebook opinions are like arm pits – everyone’s got them and often forget to deodorize them.

“Neither do I condemn you; go and sin no more.”
‭‭John‬ ‭8:11‬ ‭NKJV‬‬

“I am the way, the truth, and the life. No one comes to the Father except through Me.”
‭‭John‬ ‭14:6‬ ‭NKJV‬‬

“God did not send His Son into the world to condemn the world, but that the world through Him might be saved.”
‭‭John‬ ‭3:17‬ ‭NKJV‬‬

I believe Jesus would use His Facebook posts to point people to the Father rather than a political party.

I don’t think Jesus would have written an “Open Letter” to J-Lo. I think he would’ve asked the disciple without sin to write it.

We are Jesus’ hands and feet. We are His Facebook Post-ers

So let us use our social media to:
Love rather than judge.
Forgive rather than condemn
Believe the best rather than declare the worse.
Seek to find the good in others even if you disagree with them.

Next time, before you post anything, ask yourself, “What did Jesus say?” Then post in agreement with that.