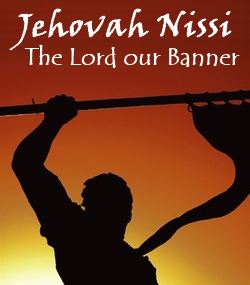 I woke up this Saturday morning, far earlier than I desired, with a to-do list screaming at me. I grabbed my IPad and began my morning devo and the first words I read were, “My God, My God. Why have you forsaken me?” Psalms 22:1.

This made me chuckle because although I would never utter those words or even admit to myself I had that thought, it kinda resonated how I felt this morning. My interaction with the Holy Spirit this morning was like Jesus’ interaction with the woman at the well. Jesus spoke her innermost secret, “You have had five husbands”, so he could heal her innermost hurt, rejection.

So I kept reading and listening.

The children of Israel were in a battle with a stronger, more experienced, better equipped army. Joshua led the army but God won the battle. Moses assumed the position of intercessor. As long as his arms were raised, the Israelites army was successful. When his arms failed, the army floundered.

But in the end the Israelites prevailed. In celebration of their victory, Moses named the altar: Jehovah Nissi, The Lord is my Banner.

Jesus took me to the well this morning and said: I have not forsaken you. You have taken your eyes off The Banner. I have been with you from your mother’s womb. At a very young age, I have imparted faith within you. Raise up The Banner and let it be the Standard, your rallying position. You are correct my daughter, in your own strength, you will not win this battle. But I am your secret weapon. I Am Jehovah Nissi, your Banner. I Am your Banner of love, peace, victory, assurance.

Just as the children of Israel prospered in battle as long as Moses’ arms were raised, you will prosper as long as you keep My Banner raised in your heart. I Am Jehovah Nissi, The Lord, Melissa’s Banner.”