God is about to Flip the Script 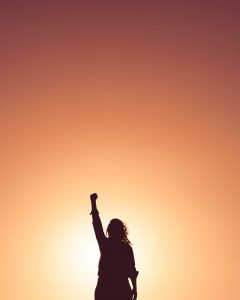 Mordecai was a Jew who refused to bow down to a high ranking official, Haman. This enraged Haman so much, not only did he seek to destroy Mordecai but ALL the Jews. He built large gallows to hang Mordecai and issued a decree to destroy all Jews. It seemed like the end for Mordecai and all the Jews…But God.

Through a set of divine “coincidences”, God flipped the script. Haman was hung on the gallows and Mordecai became a high ranking official and the Jews destroyed those who sought to destroy them.

As I read that story this morning, I felt as if God was declaring, I am about to flip the script. So my prayer this morning is more of a declaration. Declare with me:

“Father, I thank you for the promise, you work all things together for my good. I thank you that no weapon formed against me shall prosper. The gallows the enemy built to destroy me, will be used to destroy the enemy’s kingdom.

So I declare in 2020 the script will be flipped.

God, I ask you to order a set of “divine coincidences “ on my behalf.

I understand my fight is not with people. My fight is with a very real but very defeated enemy who seeks to kill, steal, and destroy.

Where he intended to kill my purpose, the script is flipped and I will be propelled into my destiny in 2020.

Where he tried to steal my voice, the script is flipped and I will have more opportunities to speak than ever before. My books will get into the hands of people around the world and they will experience freedom.

Where he intended to destroy my identity, the script is flipped and I am more confident, more tenacious, more determined, more fortified in who I am in Christ. I am a greater threat to the kingdom of darkness than ever before.

In this new decade, the script is flipped and out of the ashes, this heroine will rise!
Amen”

This declaration was personal. But I encourage you to write your declarations for this new season. How has the enemy tried to kill, steal, and destroy you this past year? Declare what God will do in this upcoming year. It’s a new decade. Time for a new script.

“For Mordecai the Jew was second to King Ahasuerus, and was great among the Jews and well received by the multitude of his brethren, seeking the good of his people and speaking peace to all his countrymen.”
‭‭Esther‬ ‭10:3‬ ‭NKJV‬‬