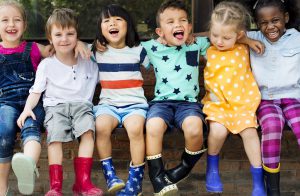 My brother and I grew up in the same home. A Christian home. We were baptized together. He was six. I was four.

We both faltered in our teens, made bad choices. But even in my rebellion, I continued attending church. He did not. But we have remained close.

Last night I asked my brother if he believed Jesus was the son of God. His reply, “Yes, but my faith is not strong.”.

I replied, you know, the Bible says, “If you believe in your heart and confess with your mouth that Jesus is Lord, you shall be saved.”

His response, “My faith is not strong.”

We continued to talk about politics, life, work. In our conversation, Old Testament vs. New Testament came up. My brother has a better understanding of the New Covenant, than some Christians I know.

My brother doesn’t live a typical life. By society’s standard’s he would not be considered “successful”. When he asked me how I described him to my friends, I said, “I tell people you are one of the most moral people I know.”

He was confused. “What?” My brother has the ability to hear both sides of an argument and empathize with both sides. He knows right from wrong when it comes to treating people fairly. He tries to be fair to all people.

Is my brother a Christian?

Most church people would say absolutely not! He only goes to church for funerals and curses like a sailor.

Some grace people would say yes. He believes in Jesus.

My brothers says he is a ‘non-practicing’ Christians.

I say as I say about every single person, only God knows.

But for all of you who have a loved one who is struggling with their faith, dig for the gold in them. Sinners and the Righteous are aware of their shortcomings. They need not be reminded of that.

Find God’s deposit within them and declare that over their lives. Remind them they are loved by God. Remind them that church attendance is not a pre-requisite for salvation. They only need to believe and confess, according to Paul.

“If you declare with your mouth, “Jesus is Lord,” and believe in your heart that God raised him from the dead, you will be saved.” Romans‬ ‭10:9‬ ‭NIV‬‬