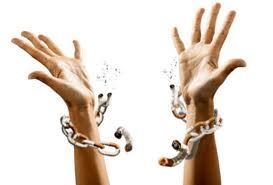 She stood in the back of the room. Crippled. Bent over. This Teacher had come who taught with authority. She had heard of the miracles He had performed – raising the dead, healing the sick, feeding the multitudes – but still, in her pain, in her illness, she stood afar off, not daring to ask for what she needed.

Some of us need to get a divorce (not from our spouses) but from bad theology. Divorce the ideas that

God is angry with you.
You are suffering because of some past sin,
You will ALWAYS be sick, in lack, lonely, …
Your child is too far gone
You are undeserving

Divorce the lies and Marry the truth

God has promised never to be angry again
You are forgiven
Your breakthrough is on the way
No one is beyond redemption
Jesus died to make you deserving.

Jesus healed her heart, then He healed her body! He wants to do the same for you today!

“When Jesus saw her, He called her over and said to her, “Woman, you are freed from your sickness.” And He laid His hands on her; and immediately she was made erect again and began glorifying God.” Luke‬ ‭13:12-13‬ ‭NASB‬‬

Ladies, I will be teaching more on this at the 2019 Supernatural Conference. Join us. I believe God will heal your hearts and then your bodies and/or circumstances at this conference. Come and get loosed. Register today at MBoldenMinistries.com