Elijah had just put to shame all of the prophets of Baal with a stunning display of God’s power. He called for rain and a three year drought ended. And when all of this was over, what do you think Elijah did? Celebrate? Go to Disney? No, he fell into depression and wished for death. 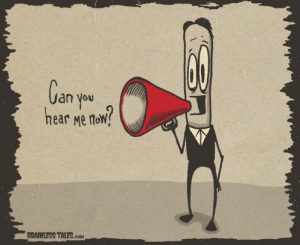 The enemy is constantly speaking, spreading lies and accusations, sowing seeds of discouragement and discontentment. But God is constantly talking as well. He is speaking truth and grace. He is giving us direction and reminding us of who we are. But for some reason, like me Friday night, we sometimes hear and believe the lies of the enemy easier than the truth of God.

I will be teaching at Hope tonight on how to discern between my voice, His voice, and the enemy’s. And how to amplify His voice while muting the enemy’s. Join us tonight at 7:00 pm.