God’s love is so amazing. His redemption is so beautiful. Only God can:

Take a liar who worshipped other God’s (Abraham) and turn him into the Father of many nations and let him be remembered as a man of extraordinary faith.

Take a murderer (Moses) and turn him into one of the greatest leaders of all time and let him be remembered as a man of humility.

Restore a power rapist (David) and give him the promise his lineage (including the Messiah) would always sit on the throne and let him be remembered as, “The Apple of God’s Eye.”

Take a prostitute (Rahab) and allow her to be an integral part of his redemption story for his people and let her be remembered as one of Jesus’ ancestors.

Take a Pharisee and a persecutor of the church (Paul) and turn him into the greatest fan, one who led many to Christ, an author of most of the gospel and let him be remembered as the greatest grace teacher of all.

God’s love is redemptive and just as he redeemed the past of all of these and more, he can redeem your past. No sin is to atrocious for him to forgive. No deed too dastardly for him to redeem. We remember their past but God doesn’t. He forever sees Abraham as faithful, Moses as humble, David as a warrior, Rahab as a mom, Matthew as a friend, Paul as a teacher of grace. He doesn’t see your past. He sees sons and daughters. 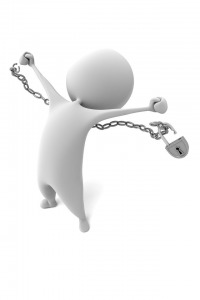 Friends, no matter how badly you may have messed up before coming to God or even after, God is willing and waiting to redeem you, take you out of the red, place you into the black and never ever again mention your past. That is the redemptive God we serve. He has forgiven you. Forgive yourself.

“But now he has reconciled you by Christ’s physical body through death to present you holy in his sight, without blemish and free from accusation—”
‭‭Colossians‬ ‭1:22‬ ‭NIV‬‬