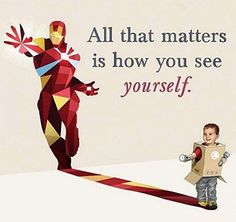 David had just won a major victory. His nemesis, Saul, had been defeated in battle which opened the door for David to be King of Israel. To celebrate, Dave wrote a Psalm:

“All his laws are before me; I have not turned away from his decrees. I have been blameless before him and have kept myself from sin. The Lord has rewarded me according to my righteousness, according to the cleanness of my hands in his sight. Psalm‬ ‭18:22-24‬ ‭NIV‬‬

Does that sound arrogant to anyone else? Oh take off your Sunday School lenses and read as if you were listening to a coworker. “I got promoted because I’m a good worker. I’m here before everyone else and leave after everyone. I never make a mistake. I am the perfect employee.” Be honest, you would be rolling your eyes every time she came into the room and would dub her ‘little Miss Perfect’ behind her back.

So how could he declare with such confidence, “l have been blameless before him and kept myself from sin”?

David had revelation of New Testament principles. Look at the last phrase in David’s congratulatory Psalm: IN HIS SIGHT.

That is the game changer!!! David’s Righteousness was not his righteousness. It was Jehovah Tsidkenu’s, The Lord our Righteousness. David understood his hands were cleaned only in God’s sight.

As New Testament Christians, we too can declare with confidence: we are righteous (II Corinthians 5:21) and holy and blameless in his eyes (Colossians 1:22). Therefore, we will be rewarded.

Friends as you go into the battlefield today, go with confidence that your past mistakes are not going with you (unless you chose to bring them). You are going into this battle as the righteousness of God, holy and blameless in God’s sight. You are entering in as victor, just engaging to get the spoils of war.

Pray this with me: Father I thank you that I am  your righteousness. I am holy and blameless in your eyes. Therefore, I will boldly faced today knowing I am a conqueror in you. I refuse to take my past mistakes into today. I stand convinced I am who you say I am. Thank you for rewarding me today and leading me into victory. Today, with your power dwelling within me, I will advance against a troop, and scale a wall in victory. I will crush my enemies of obscurity, unbelief, busyness and they will cower before me. I will declare, like David, “God has rewarded me because I am righteous and my hands are clean in His sight.