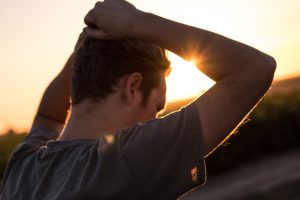 Elijah prayed to die. Can you imagine being so frustrated with life, that you welcome death?

But reading Elijah’s story may bring some insight. He was a prophet under a corrupt king. He stood alone in opposing this king. He called for a drought and the land was without rain for three years. The king put a bounty on his head.

Elijah stood for what was right. Alone. Isolated.

Finally, he was vindicated at the showdown of the gods, Baal vs. God. Whichever god answered by fire is God. And of course, Elijah’s God, our God, won, hands down. The land once again had rain.

What was Elijah’s reward? A death threat from the Queen.

I understand how Elijah felt. Can you? You walked in obedience to what God called you to do as best as you could. You demonstrated the supremacy of God. You spoke what God instructed even though it was unpopular to some. You believed. You prayed. You stood. Only to find yourself alone, isolated, and further from the promise.

And like Elijah, you cried out to God, asking Him to end your frustration. You may not ask for physical death but you may ask for a death of the vision, a death of the dream. You want the pain of wanting what seems impossible to end.

So instead of granting Elijah’s request, He gave Elijah a resurrection.

First, He provided food in the wilderness. But Elijah had to choose to eat.

I bet if you look around, God is providing food in your wilderness as well. Food to sustain you for the journey ahead. Prophetic words. The written word. Devotionals. Sermons. Rise, eat, and be sustained.

Secondly, God reminded Elijah, he was not alone. And neither are you. You have a host of heaven cheering you on. You have the indwelling presence of the Holy Spirit leading you. You have a Heavenly Father who has promised never to forsake you and you have a faultless Big Brother interceding on your behalf. But you also have friends who will hold you up and support you when you are at your worse. Don’t believe the lie, like Elijah did, that you are alone.

Finally, God gave Elijah specific instructions for next steps. Perhaps Elijah was tempted to say, “l followed your instructions before and look at where it left me, alone and in a cave.” But we can’t judge our present word based on past experiences. We trust again and again and again.

Are you ready to give up? Allow God to resurrect His promise within you. Feed on His Word. Rest in knowing you are not alone. Step out in faith and obey His instructions.

A resurrection is coming your way.

“Elijah was afraid and fled for his life. He went to Beersheba, a town in Judah, and he left his servant there. Then he went on alone into the wilderness, traveling all day. He sat down under a solitary broom tree and prayed that he might die. “I have had enough, Lord,” he said. “Take my life, for I am no better than my ancestors who have already died.””
‭‭1 Kings‬ ‭19:3-4‬ ‭NLT‬‬