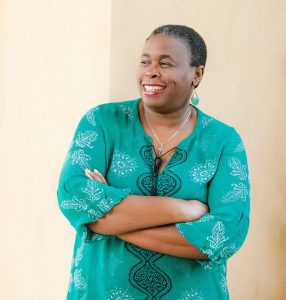 Judas voted for the wrong person. We can all agree. He filled in the oval for the wrong candidate. Christian history proved that. Judas’ conscious would later convince him that he cast his ballot amiss.

But even after Judas decided to vote for the wrong candidate, Jesus broke bread with him. Jesus did not break fellowship with Judas because of his vote. Jesus humbled himself and washed Judas’ feet even though He knew how Judas had decided to vote. And as Judas walked to the machine to make his vote final, Jesus looked him in the eye and called him “Friend.”

Boys and girls, the headline of that story is not how Judas voted but how Jesus loved.

A few hours later, Peter would cast a ballot. He too, voted incorrectly. He made a choice to forget the last three years and voted out of fear. He never thought he would vote like that but under pressure, he too circled the wrong oval, walked to voting machine and cast his ballot.

Jesus was not shocked by Peter’s action. He predicted it. And once again, Jesus did not end his friendship with Peter. As a matter of fact, after His resurrection, he sought out some one-on-one time with Peter before restoring him publicly.

The headline of the story is not how Peter voted but how Jesus loved.

Who was the correct person to vote for in the 2020 election? We all think we know. We can all quote scripture why we cast our votes the way we did. My Facebook feed yesterday was filled with Christians praising Jesus and Christians blaming evil. But the headline is not who received the electoral votes. For the Christian, the headline is and will always be, “We Are Loved by the Father.”

Sons and daughters
Holy and Blameless
Righteous
Accepted
Loved
His Bride
He sees us covered in the blood of Jesus.

Let the breaking news today be, “Christians love like Christ!”

“So Judas came straight to Jesus. “Greetings, Rabbi!” he exclaimed and gave him the kiss. Jesus said, “My friend, go ahead and do what you have come for.” Then the others grabbed Jesus and arrested him.”
‭‭Matthew‬ ‭26:49-50‬ ‭NLT‬‬