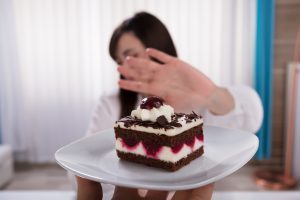 While there He experienced temptations. I’ve been thinking about this. Jesus essentially faced the same temptation as Adam and Eve – to be like God, to demonstrate power.

We have often attributed Jesus’ victory over temptation to knowing and quoting scripture. I agree with that but I also think it was because Jesus also knew who He was. The devil told Adam and Eve, “you will be like God.” They did NOT realize they had already been made in God’s image. They did not perceive the power and authority that had already been given to them.

Jesus knew who He was. He knew His purpose. He was tempted but He did not submit to the temptation because He knew His mission. When we know who we are and we why we are called, we will not give in to the temptation to fight our own battles, to take short cuts, to find love in the wrong places, to cheat, to eat the forbidden fruit.

Friends, know who you are. Know you are loved, forgiven, accepted, a son, a daughter, an heir, a bride. Meditate on who you are and when temptation comes, remind the temptation why you are too awesome to participate in its foolishness. You are the righteousness of God in Christ Jesus.

Then Jesus was led up by the Spirit into the wilderness to be tempted by the devil. (Matthew 4:1 NASB)