We charismatics are known for our binding prayers. “I bind you, Satan in the name of Jesus.” (Spoken loudly with an angry face.) Jesus clearly tells us we have the authority to forbid anything that opposes He’s will. So we bind sickness, lack, hopelessness, and worry as we should.

But we often forget the second half. To loose. When my nephew was little, one day he kept saying, “I is”. The first time we heard it we thought it was cute. But after about a day, my mom had enough and she said, (spoken loudly with an angry face) “boy, will you please stop saying ‘I is’!” He paused for a second and wanting to please his grandma he said, “I are grandma, I are.” She had bound incorrect grammar but had not released correct grammar. 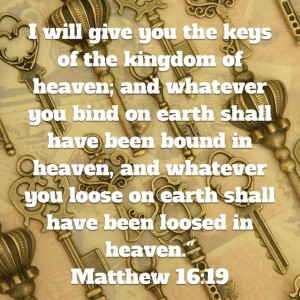