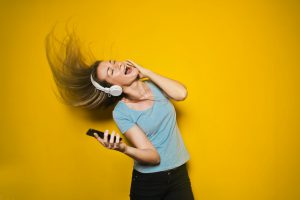 Don’t allow the enemy to steal your song.

In the book of Joshua, Israel was defeated at the battle of Ai because of one man’s disobedience. The man was stoned and heaps of stone was placed on his burial site. That placed became know as the Valley of Achor and was forever known to Israel as a place of sin and great failure.

But in Hosea, during a time when Israel had once again turned their backs on God, God declared, “the valley of Achor will become a door of hope.” In other words, your failure, your mishap, your shame will now open a door for victory.

Have you messed up? Have you sinned once again? Has someone sinned against you? Do feel as if you are living in the valley of Achor?

“Then I will give her her vineyards from there, And the valley of Achor as a door of hope. And she will sing there as in the days of her youth, As in the day when she came up from the land of Egypt. (Hosea 2:15 NASB)