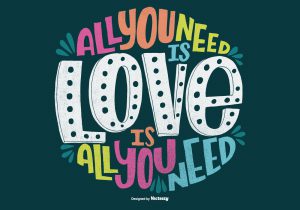 Jesus defined love when He said, “Love each other as I have loved you.” Love looks like Jesus.

Jesus walked on this earth when there was animosity between the Jews and Gentiles, between Jews and Samaria, between men and women. What did Love look like in that racial unrest?

Jesus went to the Samaritans. Stayed with them for two days. He told parables where the Samaritans were the good guys. He commended Gentiles on their faith. He traveled to Gentile regions. He corrected his disciples for wanting to use excessive force on people who were different.

What does love look like in racial unrest? It builds bridges. It breaks bread together. It protects. It confronts. It corrects.

Jesus walked on this earth when medicine was insufficient to meet the many needs of the people. Leprosy isolated. Blindness stole. Lameness debilitated. Society blamed and shamed. The disciples saw the sick and chose to debate rather than heal.

Jesus simply healed. He didn’t ask for explanations. He didn’t blame or shame. He didn’t try to explain why. He just healed. He Healed bodies. He healed hearts.

What does love look like in a pandemic? It heals. It allays fear. It doesn’t assign blame. It doesn’t debate. It sees those who are hurting and it comforts.

Jesus lived in a politically corrupt society. Many Jews aligned with government as tax collectors. The church leaders tried to trick Jesus into condemning the government. The disciples thought Jesus came to fight a political battle. And when the religious leaders and the government joined forces, it resulted in the crucifixion of God.

Jesus treated the despised tax collectors with dignity. He loved them into repentance. He did not rail against the government but he reminded the religious leaders of the Father’s love. He corrected the Pharisees for their lack of love, for making God inaccessible to many, for caring more about laws than people, for not caring for those who were hurting or different. He never aligned himself with government politics.

What does love look like in the middle of a contentious political season? It is neither democrat or republican. It treats people on both sides with respect and dignity. It reminds the church of the Father’s heart. It cares more about people than laws. It constantly reminds us God, not a political party, is the answer. It confronts the church and says you be the church. You be the solution to the pandemic, to racial unrest. In a political season, Love demonstrates love, unity, and moral leadership.

Yes, all we need is Love. As long as we understand, Love = Jesus.

“So this is my command: Love each other deeply, as much as I have loved you.” John‬ ‭15:12‬ TPT