Dear Church,
If we are to be the glorious, powerful, relevant, life-altering force God has called us to be, we must allow women to lead, teach, pastor, prophesy, evangelize, and walk completely in their giftings. We must stop this nonsense theology that says somehow Eve’s act of disobedience was not fully redeemed on the cross for women.

What about Paul’s letters? I am not a bible scholar but I if I look at Jesus’ actions and Paul’s actions, I see an immediate contradiction between how we have traditionally interpreted those passages.

Look at Paul’s acknowledgements at the end of Roman’s. Notice how many women he gives a shout out. These women were leaders in the church. The early church thrived because men and women worked together advancing the will of God. 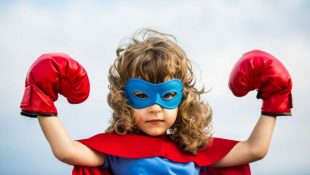 Today, there is too much work to be done, too many souls being lost, too many babies dying for us as a church to sideline women. Come on Church, let’s be the powerhouse God as called us to be. Let us be a house of prayer for ALL Nations and both genders.

“I commend to you our sister Phoebe, a deacon of the church in Cenchreae. I ask you to receive her in the Lord in a way worthy of his people and to give her any help she may need from you, for she has been the benefactor of many people, including me. Greet Priscilla and Aquila, my co-workers in Christ Jesus. They risked their lives for me. Not only I but all the churches of the Gentiles are grateful to them. Greet also the church that meets at their house. Greet my dear friend Epenetus, who was the first convert to Christ in the province of Asia. Greet Mary, who worked very hard for you. Greet Andronicus and Junia, my fellow Jews who have been in prison with me. They are outstanding among the apostles, and they were in Christ before I was. Greet Ampliatus, my dear friend in the Lord. Greet Urbanus, our co-worker in Christ, and my dear friend Stachys. Greet Apelles, whose fidelity to Christ has stood the test. Greet those who belong to the household of Aristobulus. Greet Herodion, my fellow Jew. Greet those in the household of Narcissus who are in the Lord. Greet Tryphena and Tryphosa, those women who work hard in the Lord. Greet my dear friend Persis, another woman who has worked very hard in the Lord. Greet Rufus, chosen in the Lord, and his mother, who has been a mother to me, too. Greet Asyncritus, Phlegon, Hermes, Patrobas, Hermas and the other brothers and sisters with them. Greet Philologus, Julia, Nereus and his sister, and Olympas and all the Lord’s people who are with them.”
Romans 16:1-15 NIV
http://bible.com/111/rom.16.1-15.niv