David is a man without a country at this point. King Saul wants him dead so he flees his homeland and ends up in a foreign hostile land. David is far from home. Far from his promise. Accused. Abandoned. Alone.

Have you ever experienced being falsely accused? Talked about? Threatened? Have you ever experienced a time when it seemed all odds were against you and everything you touched seemed to fall apart? This is where David finds himself. But in the midst of his pain, his questions, his disappointment, his fear, David writes a beuatiful declaration of his unyielding trust in God. He declares despite the threats facing him, despite the fact he is running away from what was promised him, despite being in a foreign land where he is loathed, he will hold fast to the promise. Men couldn’t stop him, forces of evil could not thwart him. God’s promise was enough.

Hold fast to the promise. It shall come to pass. 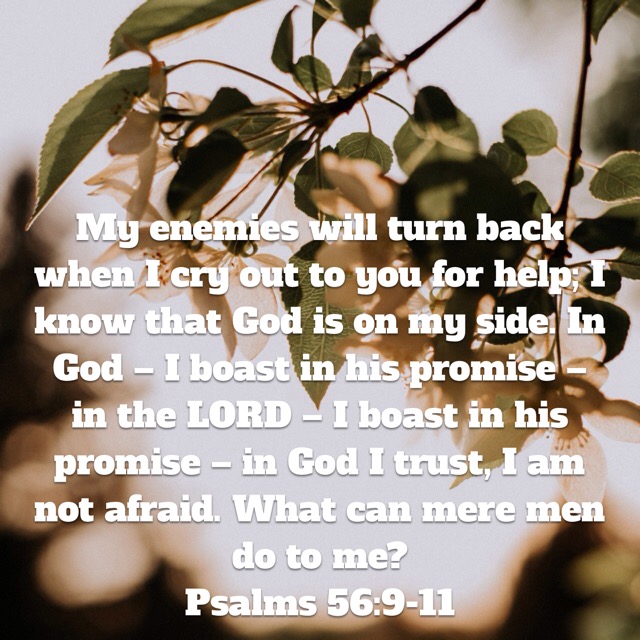