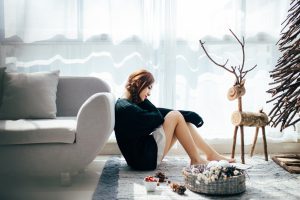 David had lost everything. EVERYTHING. His wives and children had been kidnapped. His village burned. His men despised him and wanted to stone him. He was at his lowest point. What did he do?

What are you doing month 5 of a pandemic? After 3 month’s of racial unrest? In the middle of a divisive election? With the prospect of more remote learning? When finances are thin? What are doing?

1. David strengthen himself in the Lord His God. Sometimes you need to just get alone with God and meditate on His promises and His goodness. Silent the voices of outrage and despair and tune into His voice whispering, “I love you. You are not forgotten. My promises are still yes.”

2. David asked for the ephod, reminding himself he was still righteous. Remind yourself of who you are. You are the righteousness of God in Christ Jesus. Like David, your bad choices may have led you to this place of despair, but you are still Holy and Blameless in His sight!

3. David inquired of the Lord. Before we react, before we form an opinion, ask God to help us discern if what we are hearing is true. Ask Him how should we respond. Ask Him what is best. Ask Him for wisdom to decide what is next.

5. David showed compassion. On their way to battle, they saw a foreigner in distress. He stopped. Offered food. Demonstrated love. Find a place to bless others during your time of despair. Take your eyes off your temporary problems.

6. David recovered. God has consistently spoken restoration shortly after this began. I’m trusting, like a David, when this is over, we will experience full restoration. Nothing missing. But not only that, we will come out on the other side better than before.

This situation happened right before David was anointed king. It was the enemy’s last ditch effort to stop David from reigning. When you are on the precipice of walking in your destiny, the battle is always the fiercest.

Let 2020 purify you. Follow the example of David. Don’t lose hope. Perhaps, we are on the precipice of walking into a new season.