The grave is empty.
Death is defeated, the sting removed.
The enemy has been defeated, made a spectacle and embarrassed.
Christ has risen! He is Alive. And that same resurrection power is alive in you and me. He lives and we live in Him! He was raised and we were raised with Him! He is seated at the right hand of God with all power and authority and we are seated with Him.

Alleluia He is Alive! Hosanna in the highest! Alleluia a resurrection has come! 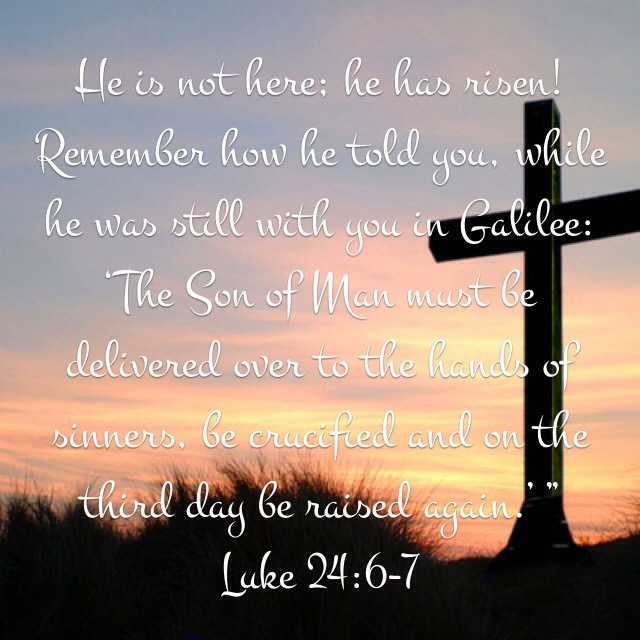