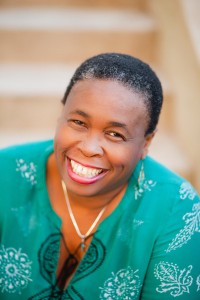 Three times he was asked to curse Israel. Three times he blessed them. Hie employer took him to three different locations and asked him to look upon Israel and curse them. The location didn’t matter. When confronted with the people of God, this pagan, this professional diviner had only one option – speak a blessing rather than a curse.

Do you ever have those weeks, when it seems the world is out to get you? Friends leave. People disappoint. Acquaintances accuse. And you may question your calling. Question the vision God put on your heart. Question your decisions.

The things sent to “curse” you today, sent to turn you around, sent to question your calling, will only turn to blessings. The Bible says no weapon formed against you will prosper. The weapons will be formed. They may even intimidate you for a minute BUT it will NOT be successful against you. Balaam was formed against Israel. But he did not prosper.

Take Heart my friends. Do not be intimidated by the weapon formed by the enemy to deter you. Do not allow it to change your course. Keep doing what God has called you to do. You are blessed and you cannot be successfully cursed.

“How shall I curse whom God has not cursed? And how shall I denounce whom the LORD has not denounced?”
‭‭Numbers‬ ‭23:8‬ ‭NKJV‬‬