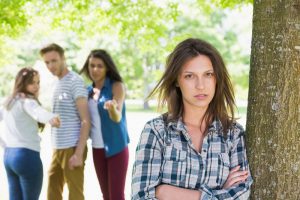 Saul was handsome. Tall. A mighty warrior. King of a nation. He had the ear of the lead prophet, Samuel. He had everything he needed to be successful. Yet he lost his kingship because he feared man.

Saul conquered nations but could not conquer the voice in his head that said, “You are not good enough.”

He stood bravely against mighty armies but feared the opinion of his own men, men who were subject to him.

Saul lost his kingdom because he feared men; because he needed their approval. The word of those around him became more important than the command of God.

Every leader will face the pressure Saul felt that day. Every leader will come to a point when they must ask, “Do I do what is popular or what God has called me to do? Do I say what is right or do I risk alienating my fan base? Do I trust man more than God?”

Do you allow the fear of man to prevent you from:

Worshiping extravagantly,
Praying for the impossible,
Declaring truth that may be unpopular?

How do we overcome the fear of man?
First, we must conquer the voice in our head that says we are not good enough. Declare who God says you are (made sufficient in Him, uniquely created, the righteousness of God in Christ Jesus.)

Secondly, Realize that the God of the Universe approves of you. Lord God Almighty accepts you. Meditate on this truth Let that thought guide you as you navigate decisions.

Finally, just do it! Determine in your heart, if I’m ridiculed so be it. If I’m unfriended, oh well. God will not forsake me and that’s all that matters?

“Then Saul said to Samuel, “I have sinned. I violated the Lord’s command and your instructions. I was afraid of the men and so I gave in to them.”
‭‭1 Samuel‬ ‭15:24‬ ‭NIV‬‬