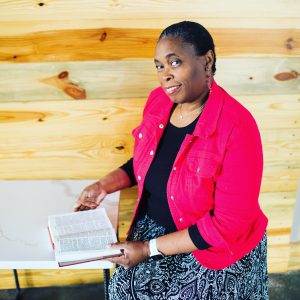 After Peter returned home, his colleagues criticized him for entering a Gintile’s home and eating with them. But Peter had a revelation. He boldly defended his actions by declaring what God had done. He persuaded his friends that Gentiles were part of God’s plan. Way to go Pete!

Fast forward a few years. Peter who refused to obey the Jewish council even though he was threatened, Peter who broke tradition and was the first to preach the Gospel to gentile, now acts hypocritically by refusing to eat with Gentiles when his friends are around, leading others astray. Peter succumbed to the fear of man.

I’m reading the posts of my friends. All expressing sorrow, astonishment, and a vow to end racism. I believe you are sincere. But today outrage is easy. It’s fashionable. But what about tomorrow?

What are you going to do when you are back at work and your co-worker makes that off color remark and everyone laughs?

What are you going to do when your leader tells someone to go back where they came from?

What are you going to do when you are having lunch with the girls and an African American male walks in and you all clutch your purse a little tighter?

What are you going to do when you are having bible study at Panera and you hear two people speaking Arabic and your bible study leader leans over and says, “Why can’t they just learn English?”

Will you stand up when it’s not popular? When it’s hard. When you may loose popularity, friends, social status? Will you boldly have uncomfortable conversations?

Who do you want to please? God or man?

“When he first arrived, he ate with the Gentile believers, who were not circumcised. But afterward, when some friends of James came, Peter wouldn’t eat with the Gentiles anymore. He was afraid of criticism from these people who insisted on the necessity of circumcision. As a result, other Jewish believers followed Peter’s hypocrisy, and even Barnabas was led astray by their hypocrisy.”(Galatians 2:12-13 NLT)