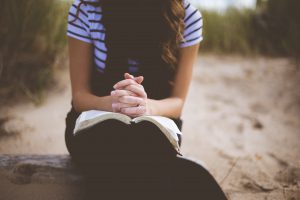 Last night in Bible Study we were discussing Ruth. As we were talking, I was thinking about why Boaz took note of her.

Not because of her outer appearance.
Not because she was parading in front of him.

He took notice of her because of her character. It was what she did in quiet – taking care of her mother-in-law, gleaning the fields from early morning to late in the evening, not complaining – that got Boaz’s attention.

Battles are won in the quiet place before they are won on the battleground.
Breakthrough comes first in our hearts before it is realized in the natural.
Leadership is learned in obscurity before it is showcased in public.

So my advice this morning to all those looking for a breakthrough (and myself).
1. Be steadfast in the small things.
2. Let your thoughts be as one who is living in the promised land even while your situation is still in the wilderness.
3. Recognize your days of obscurity are preparing you for palace dwelling.

“Boaz answered her, “Everything you have done for your mother-in-law since your husband’s death has been fully reported to me: how you left your father and mother and your native land, and how you came to a people you didn’t previously know. May the Lord reward you for what you have done, and may you receive a full reward from the Lord God of Israel, under whose wings you have come for refuge.””
‭‭Ruth‬ ‭2:11-12‬ ‭CSB‬‬