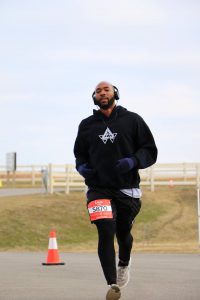 My oldest son did something dumb the other day.

He is a runner and usually runs early in the morning. But this day he overslept and started his run in the late morning. He was about four miles from his apartment when the oppressive sun got the most of him. He found himself sick, vomiting in the bushes and dehydrated.

His mind raced. How would he get home? His closest relative was 40 miles away; his girlfriend an hour away. He was sick, alone, and far from home.

But then, he heard a female voice, “Are you okay?” Another runner noticed he had become sick. She and her friends offered him water. They encouraged him not to feel embarrassed about getting dehydrated. They gave him a ride back to his apartment. They invited him to join their running club.

I don’t know anything about these women who helped my son. I don’t know who they voted for, their religious beliefs, their sexual preference. All I know is that in that moment, they demonstrated the love of Christ to my son. They were the answer to my continual prayer of protection over my children. They exemplified what a great nation America could be!

Do you want to heal our nation? Follow the example of these women:

1. Open your eyes and SEE those hurting around you.
2. Offer HELP. Be generous.
3. Avoid shaming for past mistakes but ENCOURAGE.
4. If necessary, CARRY those who are hurting on part of their journey.
5. INVITE others, those who may be different, into your group.

This is the America we can be! An America that puts aside that which divides us and Sees, Helps, Encourages, Carries, and Invites our neighbors.

George Bush put it this way, “Let’s be a kinder, gentler nation.”

The Apostle Paul put it this way: